Phoenix And The Surrounding Metro Area

You are here: Home1 / Phoenix And The Surrounding Metro Area

Have you ever wondered how the Phoenix metropolitan area took hold in such a hostile desert climate? It is hard to image early settlers choosing to set up shop in a town that gets into the 120s in the summertime, but now it is one of the largest cities in the United States.

Arizona had an ancient native culture that settled in the Salt River Valley well before the Western Movement. The Hohokam culture built water canals that linked between villages and agricultural land. You can still see evidence of this all over the Metro Phoenix area. They, of course, have been modernized with concrete and gates, but they still move water throughout the Valley of the Sun.

Located in Maricopa County, the state capital has known significant expansion and economic growth. The current industries which account for nearly three-quarters of the population’s employment are based on technology and service. Several Fortune 500 companies call Phoenix home and range from businesses such as PetSmart to the Apollo Education Group, as well as Sprouts Farmers Market.

People move in, and businesses begin to expand. If you are a business in the area, you may want to consider online marketing in Phoenix to get your company’s revenue to move up. There are so many businesses that it takes extra effort to establish yourself as the authority in your industry and get found above the competition.

Arizona was established on what people call the 5 C’s. They are Copper, Cattle, Climate, and Cotton. Arizona is also known as the Copper State because of its rich copper mining history. Climate, though scorching in the summer months, is pretty mild the rest of the year will be very few cloudy days. Spread across the state was once, are still are, huge cattle ranches that provide beef for retail across the country. As you get out of the metro areas, you start seeing short sticky bushes with white tufts of cotton, making this area a big farming zone for cotton.

The Phoenix metropolitan area is composed of several cities such as Glendale, Mesa, Tempe, Scottsdale, and others. The City of Phoenix itself is divided into several distinct districts such as South Mountain, Ahwatukee, Downtown, Uptown, Midtown, the Art District, and the Camelback Corridor that runs along one of the longest continuous roads transversing the city.

It is not just a sporting town, as there are many high-end resorts all over the Valley with a top retail shopping experience to be had.  The music scene is not too bad either.  There is an underground culture of Jazz, it was once a Heavy Metal Mecca and still boasts residents such as Alice Cooper.  And like any big city, there are several museums from which to choose.  With all that it has to offer, it is no wonder the Phoenix metropolitan area has grown so much. 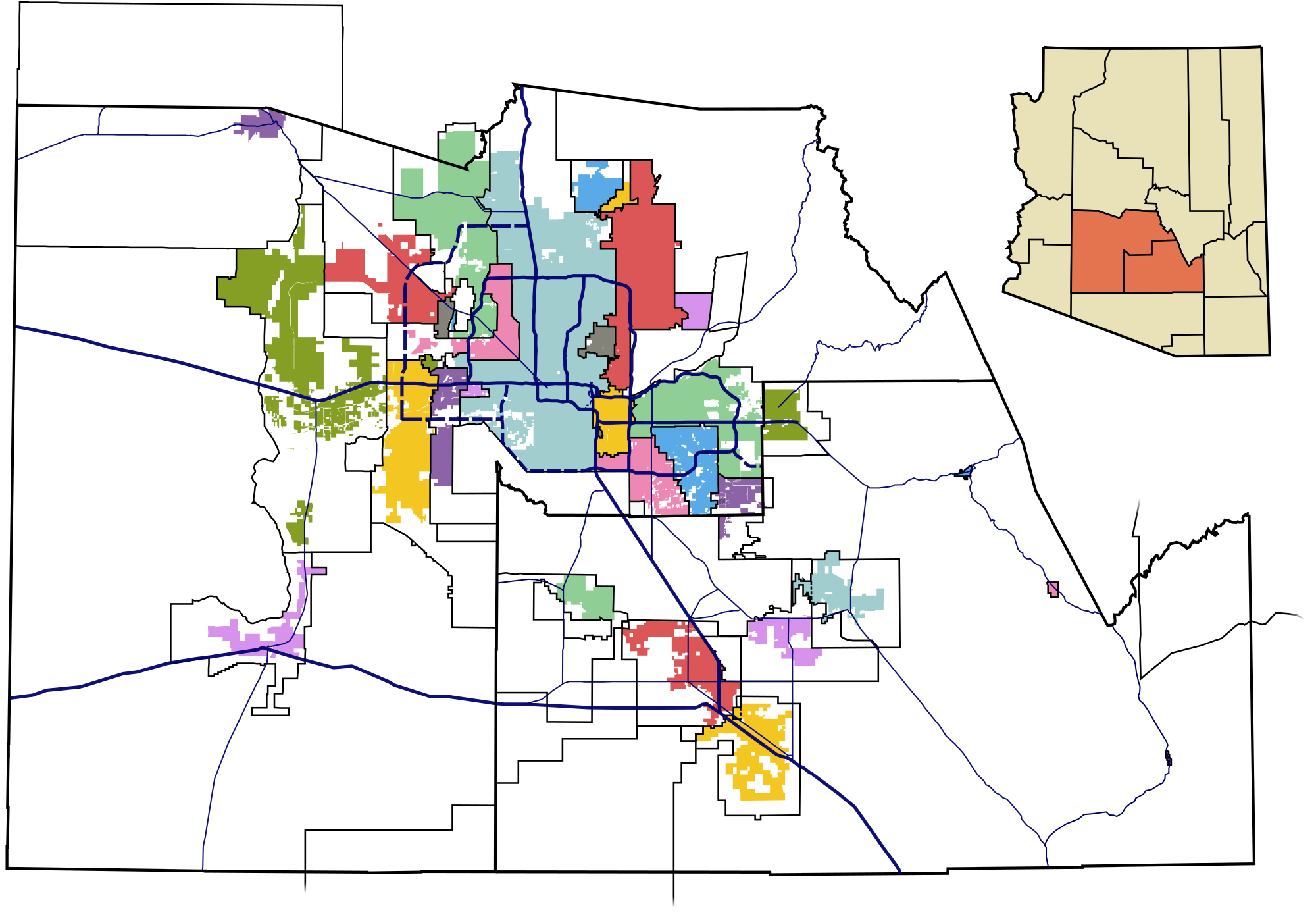